Dr. Kozaitis is a cultural anthropologist whose ethnographic research and teaching interests include global-local articulations of sociocultural change; identity politics and cultural rights; urban processes, problems, and populations, particularly issues of concern to immigrants, migrants, and refugees; and anthropological praxis—research methods, social theories, skills, and ethics of systemic reforms that protect human rights and promote social justice. She has worked with local and transnational minority groups and middle-class communities in five cities: Chicago, IL; Detroit, MI; Atlanta, GA; Athens, GR, and Thessaloniki, GR. These projects attest to her dual-track career as an academic and an applied urban anthropologist.

Following nine years as chair of the Department of Anthropology (2002-2011), she took a Research Leave during Academic Year 2011-2012. She received a Fulbright Research Award to conduct ethnographic research on citizens’ lived experience of the Eurozone debt crisis in Thessaloniki, the second largest city of Greece and one of Europe’s cultural capitals. The Center for Hellenic Studies of Georgia State University funded Dr. Kozaitis’ 2009 preliminary study in Thessaloniki and the first phase of her field research in 2011. Central to her ethnography are middle class urbanites—their sentiments and practices in the midst of the country’s economic crisis, the sociocultural transformations that it generates, and the work of young citizens in their society’s and city’s recovery. This ethnography is situated in global economic, political, and socio-cultural processes of a destabilizing Europe. The research contributes to the anthropology of a European Union in flux, urban anthropology in the 21st century, and the anthropology of “middle-class” as a fluid sociocultural category in varied economies. This work builds on her earlier year-long research in Athens, Greece, also funded by a Fulbright Scholarship, among sedentary Roma refugees from Turkey, a people who share a social history with many Thessalonikians of Greek descent who have ancestral roots in Asia Minor.

Before she embarked on her current academic research project in Greece, Kozaitis worked as an applied anthropologist on two NSF-funded university-community partnerships: (1) The Elementary Science Education Partners (ESEP) (1995-2003), designed to enhance the teaching and learning of science among teachers and students in grades K-5 of the Atlanta Public Schools. Kozaitis conducted participatory action research on the cultural imperative to planned systemic change with faculty, administrators, and students of the school district, Emory University, the Georgia Institute of Technology, Georgia State University, and the Atlanta University Center Consortium. (2) Partnerships for Reform in Science and Mathematics (PRISM), (2004-2009), designed to improve literacy in the fields of science, technology, engineering, and mathematics (STEM) in Georgia through systemic educational reforms in K-16. Kozaitis conducted participatory action research among faculty and administrators of the University System of Georgia, including members of the Board of Regents. Analysis of these data informed the creation of a new USG workload policy that encourages and rewards university-school partnerships to advance STEM education.

Dr. Kozaitis invites prospective applicants to the graduate program who share her interests to contact her directly at kozaitis@gsu.edu. She advises graduate students who want to conduct academic research with communities in North American or European cities, and particularly those who are interested in applied and practicing anthropology as a career trajectory. Most of her students engage in university-community partnerships through which they complete a supervised research practicum that provides experience in applied, community-based action research and skills in solving practical human problems through anthropologically informed solutions. The practicum project materializes into a scholarly thesis or a research report, a copy of which is submitted to the host agency. 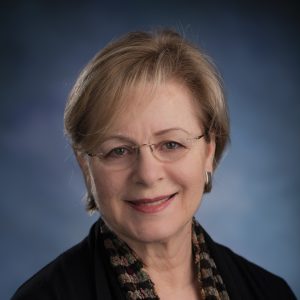